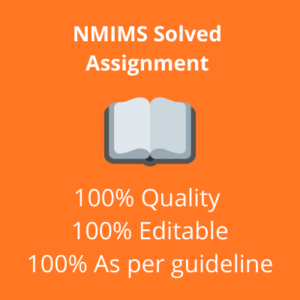 NMIMS Marketing Management Assignment Solution April 2023
0 out of 5
( There are no reviews yet. )

Instructions:
 All Questions carry equal marks.
 All Questions are compulsory
 All answers to be explained in not more than 1000 words for question 1 and 2 and for
question 3 in not more than 500 words for each subsection. Use relevant examples,
illustrations as far as possible.
 All answers to be written individually. Discussion and group work is not advisable.
 Students are free to refer to any books/reference material/website/internet for attempting
their assignments, but are not allowed to copy the matter as it is from the source of
reference.
 Students should write the assignment in their own words. Copying of assignments from
other students is not allowed.
 Students should follow the following parameter for answering the assignment questions.

1. Sana and Reema joined a quick serve restaurant chain at the head office in the marketing
department. Both of them were very happy with the compensation and designation offered
to them. Since Sana and Reema joined in the same month so they bonded well together,
during one of the conversation Sana got to know that Reema was getting paid 25% more
than her. This revelation had caused a conflict between them as it had really saddened
Sana, which was observable by her hostile behaviour towards Reema. Sana never missed
a chance to make Reema feel miserable. Sana Started comparing the fact that both of them
had the same qualification and work experience and still she (Sana) was getting paid less
than her peer. The situation had worsened so much that they both stopped communicating
with each other. You are the HR manager who has observed all this and now you have to
come up with techniques with the help of which this conflict can be resolved. Discuss any
4 (four) techniques of conflict resolution and management. Also, conclude the answer by
discussing how organisations can avoid/minimise such conflicts. (10 Marks)

2. Karan and Sanjay work as Project Lead for two different teams. It has been noticed that
Karan is very helpful and empathetic towards his team and supports them in every
possible manner. The team in turn is very close knit and can really works hard to
accomplish the objectives. They also give Karan full support whenever required by going
out of their way. Whereas Sanjay just wants to get the work done by being a tight fisted
man. He reprimands his team members in front of outsiders. He only instructs his team
and is never in execution front. Sanjay’s team is really petrified of him and always is
under fear. Team’s motivation is very low and everyone is searching for opportunity to
move out of Sanjay’s team. Compare the leadership style of Karan and Sanjay. Conclude
by discussing that in a workplace which style of leadership is better suited. (10 Marks)

3. Rajat and Suresh have got their yearly targets and both of them are working hard to
surpass each other as by the year end the one who achieves the maximum is going to be
awarded in the sales conference with a cash prize of Rs. 50000 which would be given by
the CEO of the company. They both are doing their best to win this contest for Rajat, the
prime factor is money as he has recently got married and his expenses have increased.
Whereas, Suresh comes from a very affluent family and for him getting recognized in
front of PAN India team and by the CEO is the driving force. Here, we can see that both
Rajat and Suresh had different motives.

a. Based on the above scenario discuss the different types of motives which regulate the
behaviour of individuals. (5 Marks)
b. With the help of Maslow need hierarchy theory discuss why Rajat, Suresh and even every
individual has different motive? (5 Marks)

There are no reviews yet. 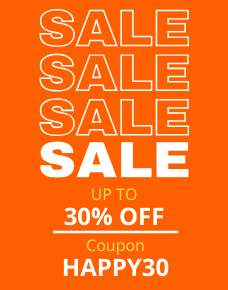 Got it!
X
Need Help? Chat with us
Start a Conversation
Hi! Click one of our member below to chat on Whatsapp
The team typically replies in a few minutes.
Study Assignment